It’s a new year and the weather of last month is behind us, which means we can make up for events that got postponed due to the weather in December. That would be the annual Senior Christmas Dinner  and we are happy to announce it has been re-scheduled for February and with that change we have dropped the word Christmas so as not to confuse anyone. As always, we invite all our senior citizens to come out and enjoy this free delicious meal and spend time with your friends and neighbors. If you, or someone you know, needs ride to this event, or need a meal delivered to the home, please call Juanita Kirkpatrick, at 661-270-0588, or Charlene Moore at 661-816-5177. They do request you call early so as to allow them to properly schedule and prepare to provide for every request.

All seniors 55 and older are invited to enjoy a FREE meal and fellowship.

We sincerely want to thank you for your patience and understanding regarding the rescheduling of our annual senior dinner and wish you ALL a very Happy and Healthy New Year.


Tis the Season! That’s right, it’s that time of year again! Time to get together in celebration of the season and in recognition of people who deserve to be recognized. For Leona Valley Sertoma members, December has two long standing traditions, the Senior Christmas Dinner, held on December 2, 2018, and their annual Christmas party for the members. The Christmas party is an opportunity to enjoy fellowship with their fellow Sertomans and to hand out the Awards and was held on December 1, 2018 at the home of member Shirley Kraft. 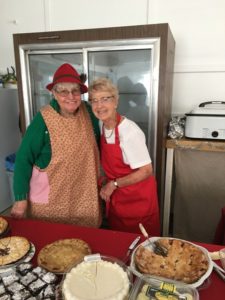 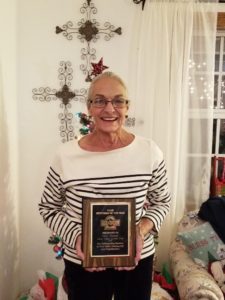 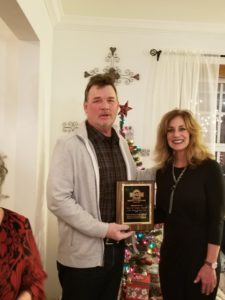 On June 9th, our Leona Valley Sertoma organization hosted the 2018 – Gala Under the Stars, which proved to be a very special and successful wine, beer, bourbon and food tasting event. It was a “sell out”! We are proud to say that with all of the many events that we have hosted in our community, this was a first time raising funds for Canine Companions for Independence” and I believe that, by now, you

understand that our main mission and goals are to contribute to nonprofit organizations pertaining to the hearing impaired.

The realization came to us that we have never provided help to a person with a hearing disability who was in need of a special assistance dog. Due to many requests to host another Gala Under the Stars, Leona Valley Sertoma knew we needed to begin the process and secure the plan very soon – HOWEVER, who would be receiving the funds raised! We were directed to contact “Canine Companions for Independence” (CCI), in the Oceanside area, and to speak to Melissa Billingsley in Tehachapi, who operated a CCI satellite office for assistance dogs… she not only spoke at one of our meetings but 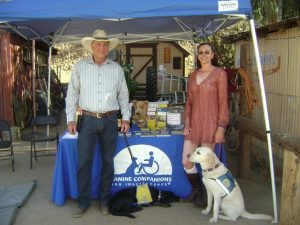 brought three very well trained dogs to demonstrate the many commands that were required to be the eyes, ears and hands of their human partners. At our meeting, it was a unanimous decision that the 2018 – Gala Under the Stars would definitely take place and ALL PROCEEDS would go to sponsor one goodwill ambassador service dog.

There are four types of assistance dogs: Service Dogs, Hearing Dogs, Facility Dogs and Skilled Companion Dogs —– why not visit the Canine Companions for Independence website to better understand the actual meaning of these four categories and also learn so much more about “Canine Companions for Independence”. I guarantee that you will be amazed and will learn that they are “miracle dogs”.

With the generosity and faith of our sponsors, vendors, entertainers (and especially our guests) Sertoma was proudly able to recently provide a $10,000 check to CCI which gives us the honor of naming a puppy on behalf of Leona Valley Sertoma, but also help provide the essentials to raise the puppy during its training session. 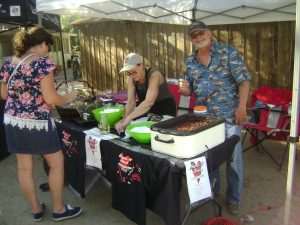 As ALWAYS, we in Leona Valley Sertoma are forever grateful for the support you have given to each and every event we have hosted, but your generosity toward CCI was “over the top”.

Sertoma in general, has always stood for “Service to Mankind” and we truly believe that we have done a great job proudly representing the needs and requests of Leona Valley and beyond, as there is nothing stronger than the heart and spirit of a volunteer.

Thank you, again, from ALL of our Sertoma members and you are invited to check: LeonaValleySertoma.org for more information.

On June 7, 2018 the Leona Valley Sertoma Scholarship committee Chairperson, Charlene Moore, presented Margaret (Maggie) Mihaljevich with her $1,500 scholarship award to help launch the beginning of her college adventure. This Autumn, Maggie will begin studying business at the University of Washington. This young lady isn’t “just a student”, she has been named the University of Washington’s Purple and Gold Scholar at the Seattle Campus and has been offered $1,500 each academic year for four years. Sertoma’s scholarship choice isn’t just because of her yearly academic scores – it pertains to her focus on leadership and impeccable community service outside of school such as organizing blood drives, helping the homeless, volunteering at animal shelters, and time spent with local veterans for their service in the military

– not to mention captain’s for the Quartz High School swim team and cheer-leading squad.

Every Spring, the Leona Valley Sertoma Scholarship Committee prepares to receive local applications from the areas of Three Points, Lake Hughes, Elizabeth Lake, Green Valley, and Leona Valley, and every Spring it is always a difficult choice, as all the potential recipients have worked very hard and are quite deserving. We never know how many applicants we will have to screen, but, I truly believe we make the perfect choice(s) every year.

The mission of Sertoma International is to improve the quality of life for those at risk or impacted by hearing loss through education and support, so the Leona Valley Sertoma is committed to providing one scholarship to a graduating student, who will be attending Antelope Valley College, and who is either majoring in deaf studies or who has a hearing disability.

Charlene Moore will continue to chair the 2019 scholarship committee and we all look forward to helping deserving students dream of furthering their education after their high school graduation. The 2019 scholarship application period will open in early 2019, so be on the watch for an announcement at that time. For more on the scholarship program click here page.

As always, good luck to each and every student.

On June 9, 2018, Leona Valley Sertoma will present the 14th annual Gala Under the Stars. There has been a change in the entertainment line-up for this year’s Gala Under the Stars from the March 5, 2018 post, the revised event information can be found at the end of this post.

Now a Look Back at the Gala Under the Stars

For those who might not know, and those who have forgotten, the first Gala Under the Stars was held in June of 2005. It was the brainchild of the Heritage Park committee, of Leona Valley Sertoma, as a fundraiser to complete the Leona Heritage Park Museum and to restore the local one-room schoolhouse. This was to support the work of the West Antelope Valley Historical Society, which owned the schoolhouse and had saved it with the move to the, at the time, newly named Heritage Park. In addition, many historical Leona Valley artifacts that had been saved over the years needed a place where they could be displayed and shared with others.

Of course, it would take more than money alone to make the Heritage park vision a reality and the members of the Heritage Park committee deserve a lot of credit for bringing together the people and the resources to make it happen. The good people of Leona Valley volunteered and stepped up and took on the challenge of making the Heritage Park Museum and the finished schoolhouse a reality and something that today can be enjoyed by anyone with an interest in history, especially the history of this little corner of Los Angeles County.

Below are a sampling of pictures taken by Karl Pearcy, Chairman, Heritage Park Committee, of Leona Valley Sertoma:

An artist’s depiction of what the Leona Valley Heritage Park Museum would look like: 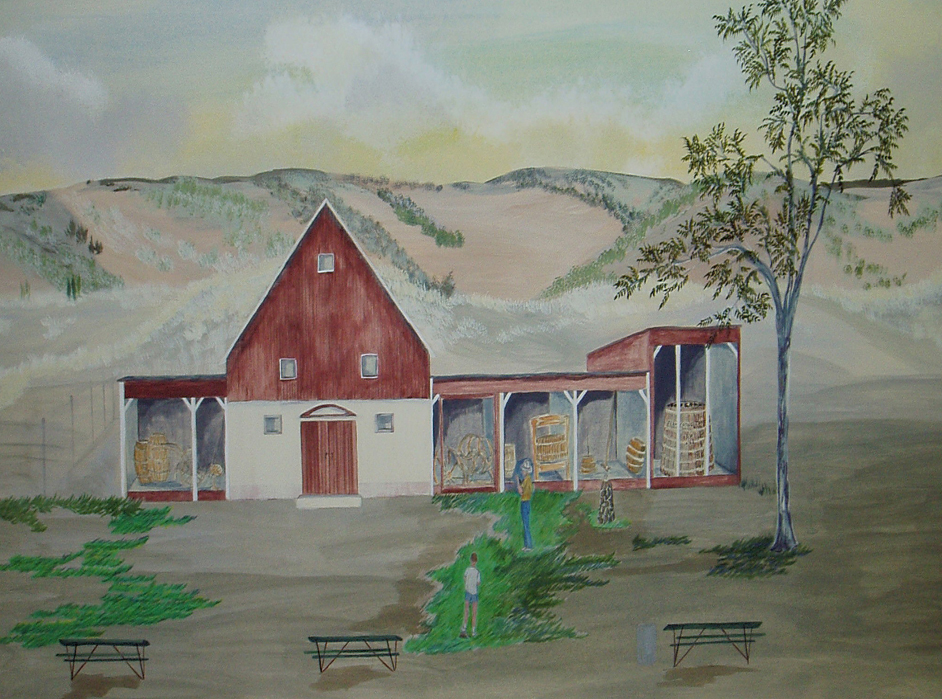 This event is specifically to sponsor a service dog for the hearing impaired.
All net proceeds will be contributed to “Canine Companions for Independence”
Please visit www.cci.org to better understand the training of these assistance dogs.

Adult Donation ~ $35.00 per person / Under 21 not admitted
Cash or Check accepted

TICKETS ARE ON SALE NOW